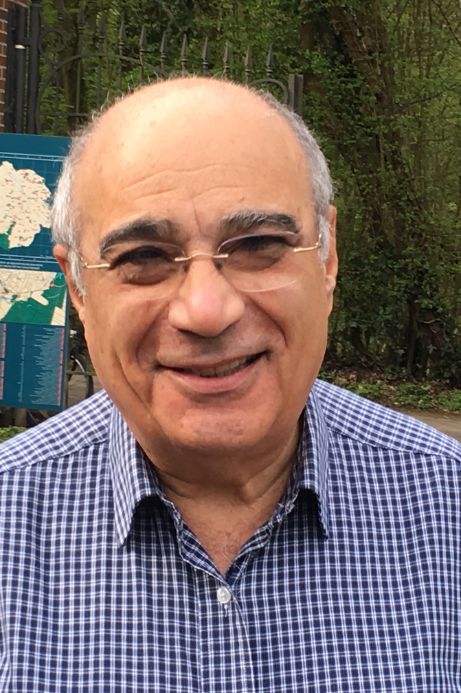 Samy, a great friend to many of us, left us on October 8th, 2020. Unfortunately, he had to accept one thing he had never accepted before: to lose a battle. Some of his favorite citations, "Quousque tandem?" and "courage, lets' go for it", perfectly illustrate his enormous willingness to bring everything to a good end.  All but one. The crab inside him, as he called it, did win the struggle.

In December last year, Samy reached the age of 80. Many will remember him still being very active and in good shape at the event organized for the celebration of his last birthday. In the name of ESPGHAN, we send his family our most sincere condolences.

We know Samy in ESPGHAN as the best diplomatic person, the bridge builder.  Born in Tangier (Morocco), high school in Congo, university in Brussels: a citizen of the world.

Sometimes we wondered which language he did not speak. His Facebook page mentions English, French, Italian, Spanish, Portuguese, Dutch, Tshiluba.

He had such an incredibly creative mind. The 112 papers listed in Pubmed do not even begin to fairly summarize his contribution to science. He participated in the discovery of Campylobacyter jejuni. His unit was involved in many trials on hepatitis and ROTA vaccines. He was also involved in discovering novel culture methods of Giardia lamblia, and last but not least he was from the very beginning heavily involved in the Helicobacter pylori story.

He was the first to describe nodular gastritis in children in 1979. He also developed protocols on caustic ingestions which are now used worldwide. He was a founding member of the European Helicobacter Study Group and received the European Helicobacter Study Group Marshall and Warren award for achievements in gastroenterology and microbiology in Dublin 2011. He was also active in many other scientific societies. He loved to chat and to teach and was always happy to share his global encyclopedic knowledge.

Samy trained many of us as well as pediatricians from Belgium and abroad. He was capable of maintaining close personal friendships with all his former fellows, a manifestation of a mutual longstanding esteem. Once you met Samy, you were his friend for life.

He could talk with you with similar expertise about politics, economics, religion, history or cuisine.  He invited you to voice your opinion while he shared his. He was one of those who are true free thinking people, with similar weight for "free" and "thinking".

He was the first paediatric gastroenterologist in Belgium, a pioneer in endoscopy, and created the Belgian Paediatric Gastro group in 1982. Samy remained active at all levels. The last 10 years, he invested a lot of energy in the Belgian Society of Paediatrics and especially the development of the Belgian Journal of Paediatrics.

ESPGHAN had a special place in his heart. He co-organized the 7th Annual Meeting in 1975, and organized, in collaboration with the Belgium Gastro Group, the 25th Annual Meeting. He was among the visionary leaders that first thought of the World Congress of Pediatric Gastroenterology, Hepatology and Nutrition. He has also always been very active in all endoscopy activities.

He participated in many Summer Schools. During his ESPGHAN Presidency, the society was opened to young members and the JPGN contracts with the publisher were finalized. As said before, collaboration was his number one priority: as a consequence, he was involved behind the scenes in the organization of the First World Congress in 2000. He remained very active in ESPGHAN and was most recently a member of the Ethics Committee.

We and the entire ESPGHAN family will miss Samy and his ever positive stimulating creative spirit.  But the ESPGHAN logo, his creation, will forever remind us of him.